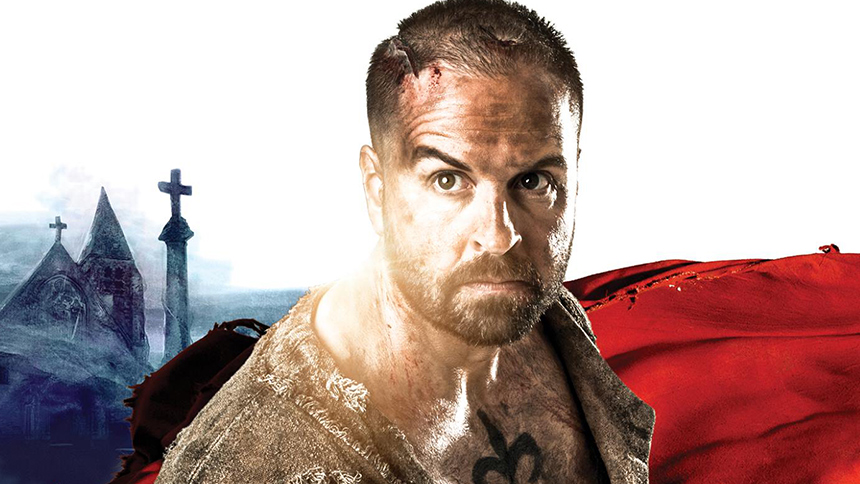 Alfie Boe played Jean Valjean in the Les Misérables 25th Anniversary Concert. He was incredible! Last year when it was announced that he would reprise the role on Broadway, I made a promise to myself that I would see him. This past weekend, Amanda and I kept that promise, leaving early Saturday morning for Albany where we caught a train to New York City. We stayed at the Marriott Marquis Hotel right on Times Square, next door to the Imperial Theatre where Les Misérables was playing.

After the opening chain-gang scene, when Javert calls for “prisoner 24601” to be brought before him, the performance had to pause for a few seconds while the crowd applauded Alfie Boe. The man obviously has fans! And well he should, for his performance did not disappoint. He does not merely act the role, he becomes Jean Valjean. His performance was everything I expected. Indeed, after his “Bring Him Home” soliloquy, the partial standing ovation carried on for a solid minute or more, all while he just sat there on the barricade, never breaking character.

While Alfie’s performance was beyond criticism, I cannot say the same for some of the other key characters. I was particularly disappointed with Brennyn Lark’s Eponine. Her solo “On My Own,” well-performed, will bring a tear to my eye. But to do that, I need to believe that the actress is feeling what she’s singing. Lark just doesn’t do that for me. I believe she was also playing Eponine when I last saw Les Mis in August of 2014. The same was true then—I didn’t feel it, because she didn’t make me. Now, Samantha Barks, who played Eponine in both the 25th Anniversary Concert and the motion picture, makes me tear up every time. Maybe there is some benefit brought to the performance by the relative luxury of cinematography, but similar evoking of emotion is to be had when I listen to the complete symphonic recording with no benefit of visual queues. No, I found Lark’s performance mechanically wonderful, but emotionally lacking.

Chris McCarrell’s Marius had me nervous at first. He seemed almost as if he was fresh out of school and that this was his first performance anywhere, let alone Broadway. At least he started out that way. By the end of the show I was convinced of his talent and ability without further question. Wallace Smith as Enjolras was up and down, almost warbling one minute and then bowling us over with the raw power of his voice the next.

Every time I see or listen to Les Misérables it seems like I notice something new. My favorite minor character is Grantaire, the student whose first lines chide, “…is Marius in love at last?” In “Drink With Me” after the barricade has gone up and the weight of what is to come becomes apparent, Grantaire asks, “Can it be you fear to die?” I have always regarded this as merely a rhetorical question, but the way it was portrayed in this performance (by Richard Barth) was as a challenge to all present, i.e., “what the HELL is the point of all of this? Do you think anyone will remember what we do here…or even care?” He dares to ask the question everyone is thinking. The rest of the cast quickly rebukes him and he retreats, slumping and weeping against the wall stage left, with Gavroche offering comfort in the form of hugs. I never caught that before.

It’s hard to come away from any performance of Les Misérables disappointed. Actually, I’m not sure that’s even possible (for me)! I very much enjoyed this performance and recommend to anyone who has yet to experience it that you do so if you find yourself with the means.